HISTORY OF THE INTERNATIONAL SCHOOL OF THE SACRED HEART

The Society of the Sacred Heart was founded in Amiens, France, on November 21st, 1800, by Saint Madeleine Sophie Barat. Its goal was to meet the educational needs for girls in a changing world. Liberal tendencies of thought, social upheavals and innumerable civil revolutions made it increasingly clear that women would assume added influence and importance in the future.

Saint Madeleine Sophie Barat founded her educational system based on everlasting values, aimed at the development of the spiritual, intellectual, moral and social qualities needed to meet the challenges of changing and future times, not just in the emerging 19th century, but also those to come.

Although Saint Madeleine Sophie Barat’s original values founded upon moral concepts would not change, provision was made for sufficient flexibility in their application to suit future needs, and the Society of the Sacred Heart developed its work for the education of girls in academies and « free schools » throughout Europe.

In 1818, the first American convent of the Sacred Heart was established by Saint Philippine Duchesne in St. Charles, Missouri, U.S.A. At the same site, the first free school in the United States West of the Mississippi was also established. 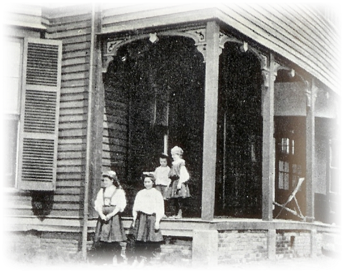 During the 2007-08 academic school year we celebrated our Centennial Year. The event was the celebration of the enduring heritage and tradition of the school and the time-honoured tradition of educational excellence within the International School of the Sacred Heart as it entered its second century.

Today we are an international school and community that for over a century has embraced diversity and provided an education that prepares young women from many countries and faiths for global citizenship. The goals that have driven the society for over 200 years have been at the heart and helm of the International School of the Sacred Heart for a century, and continue to guide us.

Visit us, join us…the international education for girls in the green heart of Tokyo.